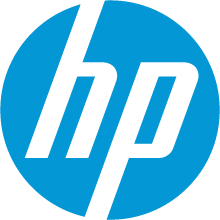 Hewlett Packard Inc. (HPI) appeared in 2015, after the division of the Hewlett-Packard corporation into two companies. Hewlett-Packard founders William Hewlett and David Packard were graduates of Stanford University in 1934. On January 1, 1939, they formed Hewlett-Packard, and the first office was an ordinary garage in the California city of Palo Alto. The name of the company was made up of the names of the co-founders - the lot decided whose name would be the first part of the name of the company. Packard lost and put his partner's name first. The starting capital was only $ 538.

The firm's first product was the Model 200A, a precision low frequency generator, which was designed to sell for $ 54.40, while competitors offered less stable generators for more than $ 200.

In 1984, Hewlett-Packard released the most successful HP LaserJet. In 1986 the domain hp.com was registered, which is one of the earliest domain names on the Internet.

In September 2014, CEO Meg Whitman announced the split of Hewlett-Packard Corporation into two independent public companies by the end of 2015. The traditional business of manufacturing and selling personal computers and printers was spun off into a company called HP Inc, while the rest of the business (servers, services and solutions for corporate clients) remained in the renewed company, renamed Hewlett-Packard Enterprise (HPE).

For the updated company HP Inc. almost all the attributes of the old corporation Hewlett-Packard Company were retained - many board members remained from the old company, the old NYSE ticker HPQ, the old HP brand, the old corporate identity: font and colors - blue and white, the old domain name of the official website - hp.com, but it received a new headquarters address at 1501 Page Mill Road, Palo Alto.

In September 2016, HP Inc. announced the acquisition of the printers and copiers division of Samsung Electronics Co.